Aviation Safety: How Does the 737 MAX MCAS System Work? DB

“Call me old fashioned … but…” read Dale’s commentary at the bottom of this article.
(photos from Aviation Week Network)

The Boeing 737 MAX’s larger CFM Leap 1 engines create more lift at high AOA and, as a result, give the aircraft a greater pitch-up moment than the CFM56-7-equipped NG. The MCAS was added as a certification requirement to minimize the handling difference between the MAX and NG.

This system activates when the aircraft approaches the threshold AOA, or stickshaker activation, for the aircraft’s configuration and flight profile. The 737 MAX flight-control law changes from speed trim to the MCAS because the MCAS reacts more quickly to AOA changes. In a sense it’s a fast acting stall prevention system. 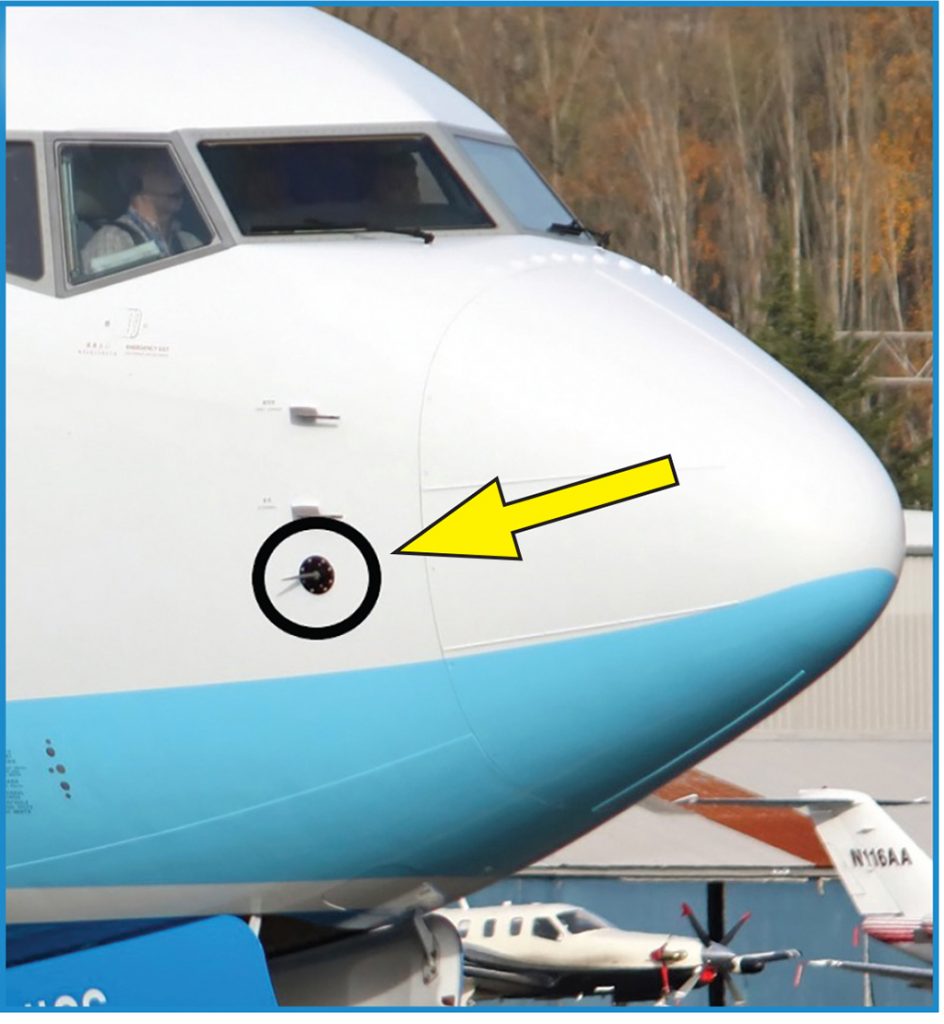 The MCAS’s primary data sources are the MAX ’s two AOA sensing vanes, one on either side of the nose. Interestingly, Boeing designed the MCAS to receive input from only ONE of the sensors during each flight. The left and right sensors alternate between flights, feeding AOA data to the FCC and the MCAS. 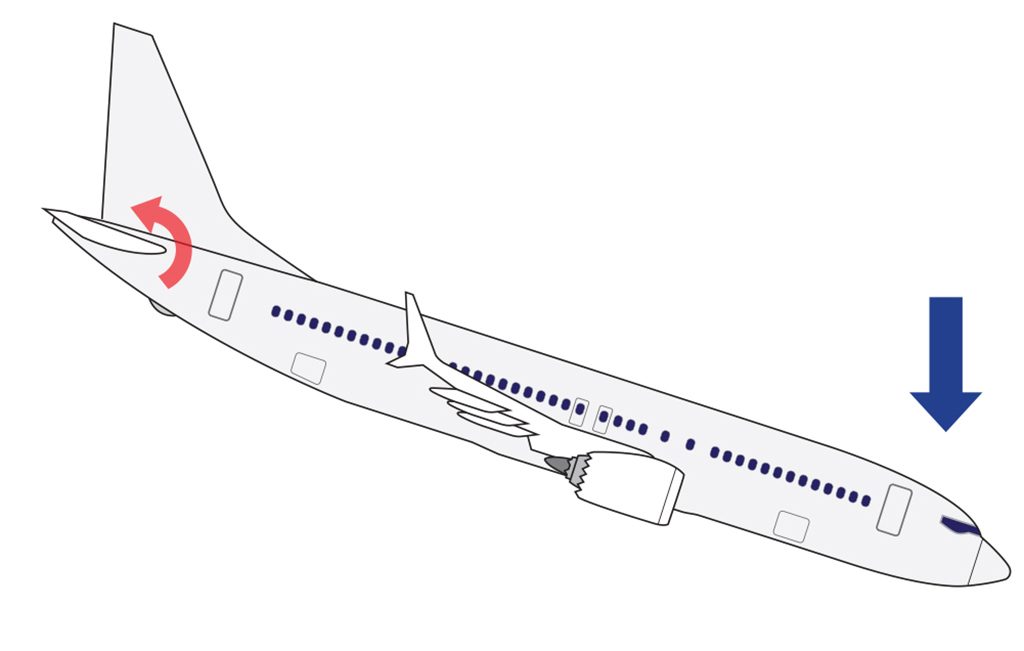 What happens is this: when threshold AOA is reached, the MCAS commands 0.27 deg. of aircraft nose-down stabilizer deflection per second for 9.3 sec.—a total of 2.5 units of trim. When the FCC reads the AOA as back to below threshold, the MCAS is reset, and the aircraft’s trim returns to the pre-MCAS configuration. Inaccurate AOA data will trigger the MCAS every 5 sec. until the data is corrected or the system is disabled. 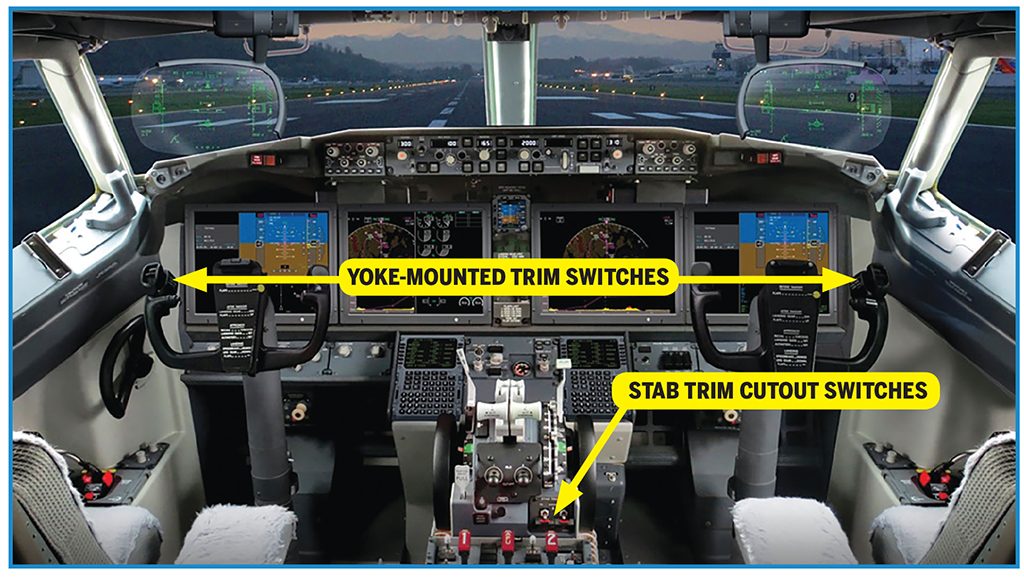 “Call me old fashioned … but I want the pilots that fly my family to know how to [hand] fly, as well as manage an autopilot system. Usually these days, pilots select autopilot ON at around 200 feet AGL. I have long been a proponent of airlines REQUIRING all pilots to “hand fly” every other take off and landing. That means that pilots can use the autopilot for 1/2 of the takeoffs and landings, yet, they would be required to keep developing their physical flying skills on the job. If it were up to me, I’d want pilots to fly from the takeoff roll up to 18,000 feet MSL and again to hand fly from 18,000 to touch down on every other flight. The exceptions could be during holding or abnormalities.  Incidentally, I believe this practice would reduce aircraft accidents by at least 50%. Probably more.” D. Black

Note: For decades as a precaution I have advised family and friends not to fly in NEW aircraft or aircraft of NEW design until that aircraft has concluded 24 months of continual flying service. For my family and loved ones this 2 year time frame generally provides adequate experience for the aircraft and crews to become adequately debugged and experienced.

Flight 302 crashed near Addis Ababa soon after takeoff. All 157 people on board were killed.

The MAX is now grounded worldwide after FAA issued an emergency order Mar. 13 barring the aircraft from flying to or within the U.S., the last country to take such action.

The groundings are based on concerns about similarities of the flight 302 event with a Lion Air 737 MAX 8 that crashed off the Indonesian coast Oct. 29, killing all on board. While the Lion Air crash is still being investigated, satellite and wreckage evidence indicate similar patterns. Information on the FDR and CVR may be able to confirm or rule out those similarities.

EASA said in a statement that it has issued an Airworthiness Directive (AD) mandating the suspension “as a precautionary measure” and “following the tragic accident of Ethiopian Airlines flight ET302.” The agency also issued a safety directive suspending all 737 MAX operations by non-European airlines into and out of the region. Both decisions became effective at 19:00 UTC Mar. 12.

The agency said it is “continuously analyzing the data as it becomes available. The accident investigation is currently ongoing, and it is too early to draw any conclusions as to the cause of the accident.” EASA was referring to the Mar. 10 crash of Ethiopian Airlines flight 302 near Addis Ababa in which all 157 on board were killed. The cockpit voice and flight data recorders have been recovered from the crash site, but data analysis is still pending.

On Oct. 29, 2018, a Lion Air 737 MAX 8 crashed off the Indonesian coast. Early investigation results appear to show the maneuvering characteristics augmentation system (MCAS), introduced on the MAX, has played a role in the chain of events.

The EASA decision was preceded by individual European Union member states which decided earlier on Mar. 12 to ban 737 MAX operations. The UK went first, followed by Germany and France. Industry sources report serious behind-the-scenes disputes about the unilateral decision by the UK, which appears to have triggered reaction by other countries. Several more followed, including Ireland, Austria and Switzerland.

FYI: Aviation, especially aviation safety used to be my full-time profession. Although I have more than 50 years invested in the industry, now, it must be only a hobby. My current assignment from the Lord is to teach His word to the remnant church. Still, however, I’ll be offering a few aviation insights and personal recommendations for partners and friends of this ministry – as time permits and when I have a bit more pertinent data. DB