Most are aware of what’s happening in Ukraine right now. Ukraine is under attack from Russia, and people have asked the question “Is there any significance of all this prophetically?”

Every week we see new events transpire that reflect prophecy coming to fulfillment–more quickly than in the past. This current war between Russia and Ukraine is no exception.

“And you will hear of wars and rumors of wars. See that you are not troubled; for all these things must come to pass, but the end is not yet. For nation will rise against nation, and kingdom against kingdom. And there will be famines, pestilences, and earthquakes in various places.” Matthew 24:6-7.

Remember, with God nothing is impossible! 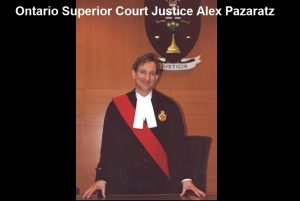 In a very rare case, an Ontario Judge has actually ruled against a forced COVID vaccination for two children, ages 10 and 12, where a father was requesting that they be forced to receive the shots against their wish, and against the wish of their mother.

While this judge actually just simply did his job, which was to listen to the evidence that both sides presented before ruling, it made waves in the Canadian corporate media, because similar previous cases did not do that, but simply took the Government’s position regardless of what the facts were.

Wow! Seeing actual justice practiced in a court of law regarding anything to do with COVID has become so rare, that it actually surprises you when it happens.

PRAYER CHAIN: You are invited to become part of the solution: Join Operation Humble Heart to pray and intercede with other believers every Monday.

* Science or Propaganda? Truth About the Jab (Video) –  Paula Black

What Others are Saying:
“I have read Flight to Heaven and I am amazed at God’s goodness. I also believe that Jesus died for my sins and have asked Jesus to forgive all my sins. I am so exited to start to read the Bible again every day and will trust God to help me in sharing the free gift of Jesus’s salvation with others.” Hermann – So. Africa

“Best newsletter yet from you guys, no wonder you reached 4,000!! It is true that most of us do not realize the authority we are given and not only that, THAT WE ARE EXPECTED TO USE IT. Amen, and thanks for the wake-up call. God bless.” Deborah
“I love this message. I love you and the Lord Jesus Christ Who orchestrated your life path. Thanks.” James
“Thank you so much for your emails and for highlighting some wonderful passages from scripture. We are always inspired by your Videos and Newsletters and feel blessed knowing that God has people like you both who are living to spread the Word, according to His will. Take care and God bless.” Ragaie & Elena