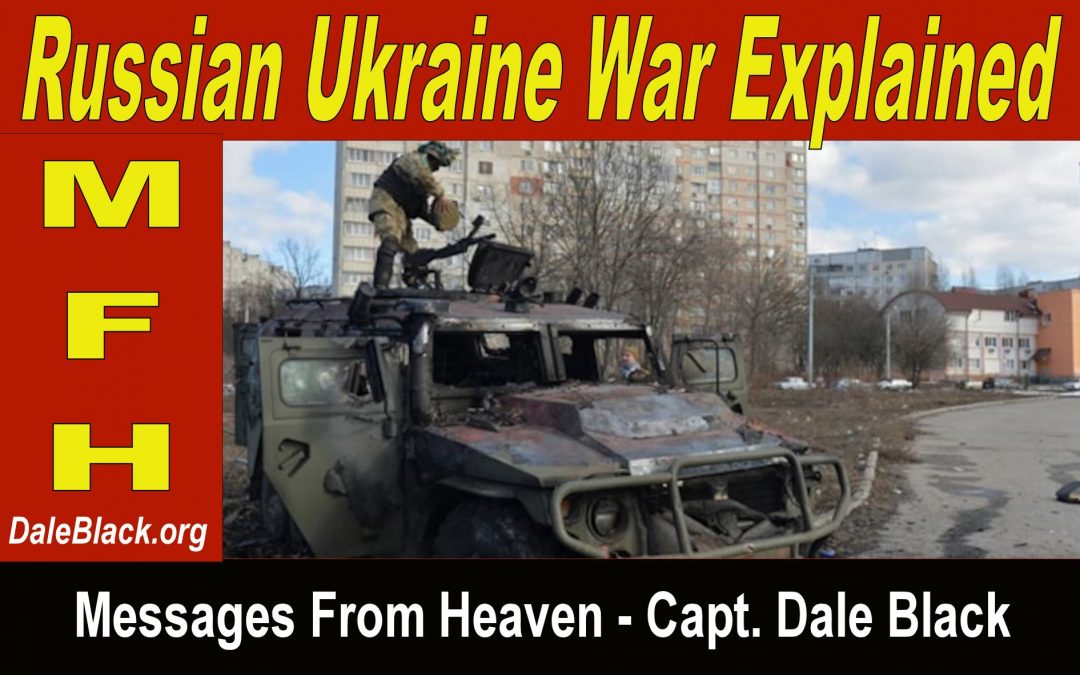 When truth is revealed in a world dominated by propaganda and lies, truth will be increasingly rejected. No one is hated more than one who bears truth. Jesus is the perfect example…. He bore witness to, and is the Truth. Yet as scripture testifies, He said of Himself, ‘’They hated Me without cause.’’

Why not ask God to reveal to you TRUTH about today’s message. Many people are indeed “waking up to what is really true.” Scores of people are recognizing that we are in a globalist war against humanity itself. Even though much about the Russian Ukrainian war is tragically real… and there are innocent victims–it is PRIMARILY an orchestrated distraction. Sadly many are dying and bombs are indeed falling and we need to pray and support the many victims, on both sides. From my perspective and the viewpoint of many of the awake leaders, this is a Deep State manufactured war for several subtle purposes. Why does the elite Deep State want to defend Ukraine’s democracy but RUIN IT in the U.S.A?

While the MSM news talks about little besides the Ukraine conflict, the NEW I.D. Vaccine Passports are being rolled out this week in the U.S., with many states signing on…including Red states. The war is being used to direct attention away from the U.S. Freedom Truckers Convoy which is now arriving in D.C. it is distracting the public from the release of shocking scientific data of the damages caused by the Pfizer vaccines. These are all events the Globalists do not want the public to concern themselves with.

The Russian Ukraine conflict is ALSO about giving power to the United Nations…making the UN the world’s answer to global conflict. People are being prepared to accept UN forces into any country in preparation for, and enforcement of, a ONE WORLD GOVERNMENT…eventually to be led by the ANTICHRIST.

Back to government lies… The truth about the numbers provided by government departments regarding Covid deaths, vaccine deaths and injuries, government and health numbers about pretty much anything…these REAL numbers are have been hidden. And are still being hidden as much as possible. Are you aware of that? For those who know how to find REAL, uncensored numbers and news via back channels… the evidence is overwhelming. And shocking. These numbers are now being released to the public and it was necessary to create a major distraction (i.e. the war in Ukraine). The globalists and their MSM propaganda outlets are trying to tell the public “Don’t look here–look there.’’

Are we expected to believe that the same media that has lied to us for years… are now reporting uncensored, unbiased news? They have lied about elections. They have–and continue–to lie about Russia. They lie about the safety of vaccines. They lie to us about ventilators. They lie with false statistics. They just lie. This is what Satan is… the father of lies. So it isn’t difficult to see who the media and big corporations are following… It’s not God the Father… but Satan, the father of lies.

Now, all of a sudden, the media and government expect us to believe them when they report on what’s happening between Russia and Ukraine? As if suddenly they have credibility and ethical reporting? People….the media and our governments have zero credibility. Zero. You cannot trust a single narrative. They even lie when they don’t have to lie.

The main events are what is happening during this time of distraction. Know that the governments all work for the same Deep State Globalists–to bring in and implement the ‘Great Reset’ and ‘New World Order.’  A ONE WORLD ORDER. The governments are lying to you, all are sold out to and working alongside the globalist goals of the ‘World Economic Forum.’ Their agenda is not hidden, but can be blatantly seen on their website by all. The media is their mouthpiece and the media mafia is purposefully spinning the lies. Please know that the media is a vital part and propaganda tool of the deep state.

Keep in mind that before Hitler’s army fired the first bullet for European conquest… BEFORE WWII… Hitler destroyed over a thousand media companies in one week. At the end of that first week, Hitler controlled all media in Germany. Controlling the narrative is always required for any Communist government or dictatorship.

Hitler then immediately placed Joseph Goebbels as Chief Propagandist for the Nazi Party, eventually promoting him to Reich Minister of Propaganda until both Hitler and Goebbels destroyed themselves in 1945.

What can you do as we see these same tactics playing out in these days?

Stay away from mainstream media. They are the prophets and mouthpieces of Satan. Scripture warns us to “Beware of false prophets, who come to you in sheep’s clothing, but inwardly they are ravening wolves.’’ (Matthew 7:15). And John said, “Beloved, do not believe every spirit, but test the spirits, whether they are of God; because many false prophets have gone out into the world.’’ (1 John 4:1)

Be selective about your news sources. Trust only in God and His Word as your primary source–for “God is not man that He should lie…’’ (Numbers 23:19 NKJV) and “Trust and take refuge in the Lord (Be confident in Him, cling to Him, rely on His Word!) for He is your help and your shield.’’ (Psalm 115:9 AMP).

Put your trust in the Lord Jesus, who is the great Shepherd of your soul…. Ask the Holy Spirit for discernment and listen to His voice…..and His voice alone.

As Jesus said, “When He (the good Shepherd) has brought all His own sheep outside, He walks ahead of them, and the sheep follow Him because they know His voice and recognize His call. They will never follow a stranger, instead they will run away from him, because they don’t know the voice of strangers” (John 10:15 AMP). Trust in the Lord. He is your refuge and guide.

Spend more time than ever in prayer! We are told by Jesus that we are to “Watch therefore, and pray always that you may be counted worthy to escape all these things that shall come to pass, and to stand before the son of man” (Luke 21:36).

God has a PROTECTION for His faithful. Listen to His still small voice. Obey the Lord. Trust only in the Lord.

“And you shall hear of wars and rumors of wars: see that you be not troubled…” Matthew 24:6. This is not a time of gloom. It’s a time of harvest and preparation for the Millennial reign. Wake up. TRUST IN GOD. You will be saved. You will be delivered. The end is not yet. This is harvest time.

Take a look at our bookstore at DaleBlack.org. Also consider becoming a monthly partner to help us continuing to provide relevant content.

Remember, with God nothing is impossible!

.Not sure you’re going to HEAVEN? Then click on the following video link: “Jesus said, You Must Be Born Again.”

It would appear that all they did was rubber stamp the process that was completely managed by Pfizer, and funded by BioNTech. The question that then begs to be answered is, what role did the FDA play, if any, in the “external” monitoring of the data to ensure integrity and safety of a new vaccine about to be injected into hundreds of millions people in the U.S.?

As the news cycle continues to focus on the Ukraine situation, the FDA complied with a court order to begin releasing 55,000 pages of Pfizer data per month that was used to authorize their COVID-19 vaccine produced with BioNTech. The first batch quietly released yesterday, March 1st, with no mention in the MSM. The data is shocking tragic.

There are 150 documents that the public can now download here.

PRAYER CHAIN: You are invited to become part of the solution: Join Operation Humble Heart to pray and intercede with other believers every Monday.

* Science or Propaganda? Truth About the Jab (Video) –  Paula Black

What Others are Saying:
“I have read Flight to Heaven and I am amazed at God’s goodness. I also believe that Jesus died for my sins and have asked Jesus to forgive all my sins. I am so exited to start to read the Bible again every day and will trust God to help me in sharing the free gift of Jesus’s salvation with others.” Hermann – So. Africa

“Best newsletter yet from you guys, no wonder you reached 4,000!! It is true that most of us do not realize the authority we are given and not only that, THAT WE ARE EXPECTED TO USE IT. Amen, and thanks for the wake-up call. God bless.” Deborah
“I love this message. I love you and the Lord Jesus Christ Who orchestrated your life path. Thanks.” James
“Thank you so much for your emails and for highlighting some wonderful passages from scripture. We are always inspired by your Videos and Newsletters and feel blessed knowing that God has people like you both who are living to spread the Word, according to His will. Take care and God bless.” Ragaie & Elena