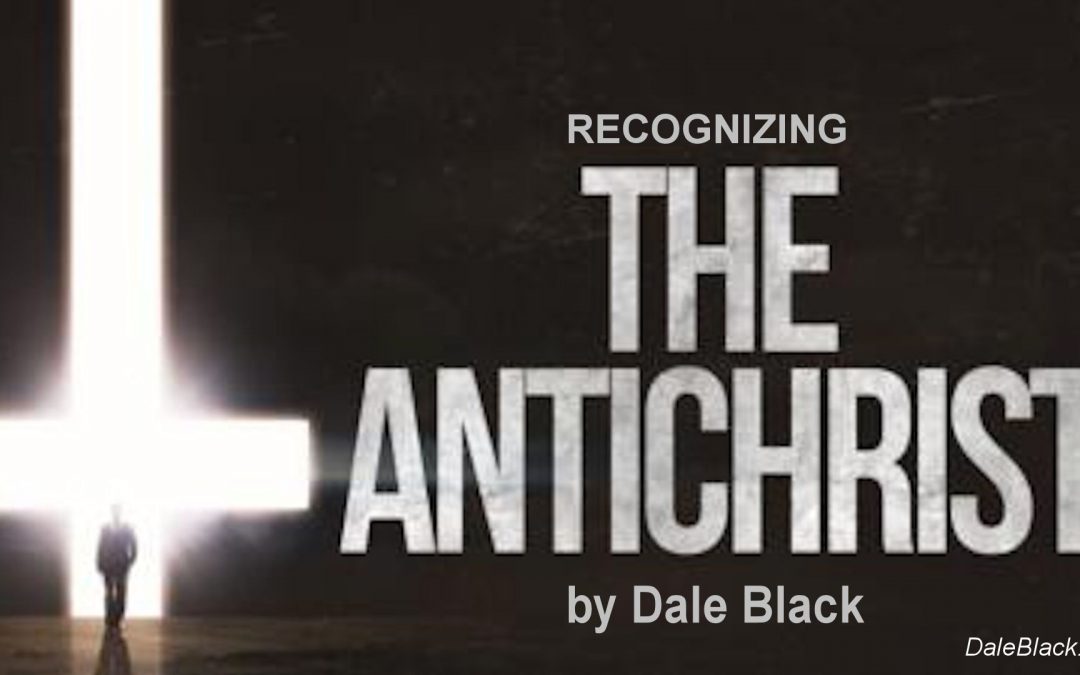 The Antichrist is alive today and wielding great influence. In fact, his power is clearly supernatural. To most he appears to be waiting in the wings of the world’s political theatre. In reality, he is working with world leaders daily following a strategic evil plan preparing nations for the great reset and a one world government.

Soon antichrist will step onto the world’s stage and begin solving the problems the deep state has been creating for his theatrics. He now works with leaders of governments to create artificial scarcity to create suffering, fear and control. Millions are hoping to be rescued from the many threats and calamities already occurring across the world. And this man has been prepared all his life for this purpose. He and his team of fakes are currently deceiving his followers, all part of antichrist’s initial deception.

Let us not take our eyes away from the Lord and His Word at this time. Now more than ever let us keep our gaze on God and only glance at the world around us. Remember, Jesus is our Savior and Lord. He is coming again…soon. We who are followers of Jesus will rule and reign with Him during the thousand years and then throughout eternity in heaven. We have much to do and much to look forward to. Jesus encouraged His people when He said, “Rejoice, and be exceeding glad: for great is your reward in heaven…” Matthew 5:12

It is more important than ever to be prepared for the last days. We are seeing the signs lining up which are discussed in scripture as signs of the end. The largest threat the Church and the world face is recognizing the enemy who stands directly in front of us … wearing the uniform of our side. Will you know the Antichrist when he appears on the scene?

It will be during the 70th week, or the final seven years that Satan will make the final great effort to preserve his dominion over the earth through his agent, the Antichrist.

The true church must be on guard against this great deceiver and the supernatural deception of his leadership. Only those who are committedly following Jesus Christ and led by the Holy Spirit will be able to resist and discern what is evil from what is godly.

Daniel 9:27 describes specifically one of the primary actions that Antichrist will take during his reign. “Then he shall confirm a covenant with many for one week; But in the middle of the week He shall bring an end to sacrifice and offering. And on the wing of abominations shall be one who makes desolate, even until the consummation, which is determined, Is poured out on the desolate.”

The purpose of the 70 weeks is described in Daniel 9:24. “Seventy weeks are determined for your people (Israel) and for your holy city (Jerusalem), To finish the transgression, to make an end of sins, to make reconciliation for iniquity, to bring in everlasting righteousness, to seal up vision and prophecy, and to anoint the Most Holy.”

What an amazing process this scripture describes. This 70th week will finish the judgement decreed for the sins of Israel. At the end of this final week, a reconciliation will occur when they recognize Jesus as their true Messiah. Bringing Israel into everlasting righteousness and Jesus Christ to take His rightful place a Lord of the earth.

In the Olivet Discourse, Jesus also gives the church leaders warning and promise for those prophetic days.

“Therefore when you see the ‘abomination of desolation,’ spoken of by Daniel the prophet, standing in the holy place” (whoever reads, let him understand), … For then there will be great tribulation, such as has not been since the beginning of the world until this time, no, nor ever shall be. And unless those days were shortened, no flesh would be saved; but for the elect’s sake those days will be shortened.” Matthew 24:15,21.

Because of Israel’s recent return to Israel (1948) and the re-capture of the holy city Jerusalem (1967)—prophetic circumstances that were required to be in place for the last days, were finally fulfilled. We are only now living in the time when all things regarding Christ’s return can come to pass. The trigger of these final events will be what the Bible calls a covenant of death.

These scriptures speak to the unfolding of events that will take place in the final days, but who will this agent of the devil be and how do we recognize him? He is the man who kicks off the final 7 years. This singular event of the covenant with Israel will be the starting gun for the final seven years or the 70th week of Daniel.

This man will establish an alignment of three nations to support him, and quickly add seven additional nations to form the “eighth beast empire” which Antichrist will use to rule the earth. This powerful empire will consist of ten nations that will include the leading powers of Eastern Europe, north Africa, and the Middle East.

During this transition into world power, this leader will form a covenant to protect the physical nation of Israel or strengthen an already existing covenant to include his protection, according to Daniel 9:27. Israel will gladly accept this leader as their protector and savior.

However, in the middle of the seven years, at the 3 ½ year mark, scripture says, “He shall bring an end to sacrifice and offering. And on the wing of abominations shall be one who makes desolate, even until the consummation, which is determined, is poured out on the desolate.”

This prophecy is letting Israel know that Antichrist will turn from being their protector to a destroyer in the middle of the last 7 years. It appears a temple will have been built in Israel by then and there will be sacrifices instituted which will be abruptly stopped and the temple will be desecrated by this man as he proclaims himself to be god. He will attack Israel suddenly and violently. And kill all who do not bow to Antichrist as god. Israel will become desolate due to his evil invasion and then in frustration, he will turn his wrath toward the Church—those who trust in Jesus Christ.

We must look to scripture to lean how to recognize this man–not only by what actions he takes but by what traits he will display.

Lies and deception will be his trademark… with Israel, the Church and the world. He will look like the world’s savior but in fact will be Satan’s agent to destroy all those who profess Jesus Christ and are part of the nation of Israel. He will gain trust and then betray in the worst way. At the mid-point of the final seven years Satan will literally possess this man to personally fight against Israel and the Church, and ultimately against Jesus Christ and His end-time army.

Because of the initial peace and benefits he brings, there will be people around the world who will love him and submit to him. He will seem to solve the world’s problems. Things like the threat of war, unrest, and division. He will be hailed as a peacemaker and unite the world as never before.

At the same time, there will be countries and peoples who distrust him and are willing to fight rather than submit to his leadership. There will be war in spite of his peacemaking ability… but it will be with those who do not desire to submit to his ambition to be the world’s leader.

Scripture gives us several clues to help us recognize the Antichrist. By looking at the different names for the Antichrist in the Bible and the traits ascribed to him, we gain a better understanding of the kind of person he will be.

With these clues from Scripture and God’s Spirit to lead us, no Christian needs to be deceived yet we are told that many in the compromised church will be. I’m convinced that the majority of confessing Christians in America will be deceived just as they are deceived at the time of writing this article. Believers who want what this world offers more than what God provides, will be vulnerable.

“Be sober, be vigilant; because your adversary the devil walks about like a roaring lion, seeking whom he may devour.” 1 Peter 5:8.

With God all things are possible!

PRE-ORDER YOUR COPY NOW of “Visiting Heaven: Heavenly Keys to Living a Life Without Limitations” by Dale Black, on Amazon.com.

BIG SALE HAPPENING! Check out our sponsor MY PATRIOT SUPPLY, to purchase stored food supplies and other survival preparedness items. Every purchase helps support DBM as they give back a percentage of your purchase to the ministry. Click the following link to receive discounted pricing while supporting DBM: MY PATRIOT SUPPLY

What Others are Saying:
“Thanks for such a clear message at such a time of deception Dale. I have been so perplexed over the last few years of how easily people can be deceived, as they just accept everything they’re told by the mainstream media. Very sad that I haven’t heard discernment mentioned much by church leaders at this critical time in history. However, this video message (Your Enemy is No Match) validates what the Bible says about deception in the last days (2 Thessalonians 2). Godspeed, and keep speaking the truth! Steve
“Glorious! Your grandpa certainly was a wise man! And you showed wisdom way beyond your years when you heeded his advice. “The tongue of the wise brings healing” Proverbs 12:18 – Tim B.
“Excellent advice on Bible study time. This structure is so much needed in the life of believers now a days. I believe many will benefit from it. God bless you brother Dale.” Sophie
“Paula and Dale Black and not like other pastors; they tell it like it is and do not soften the message like most pastors do.” Bru