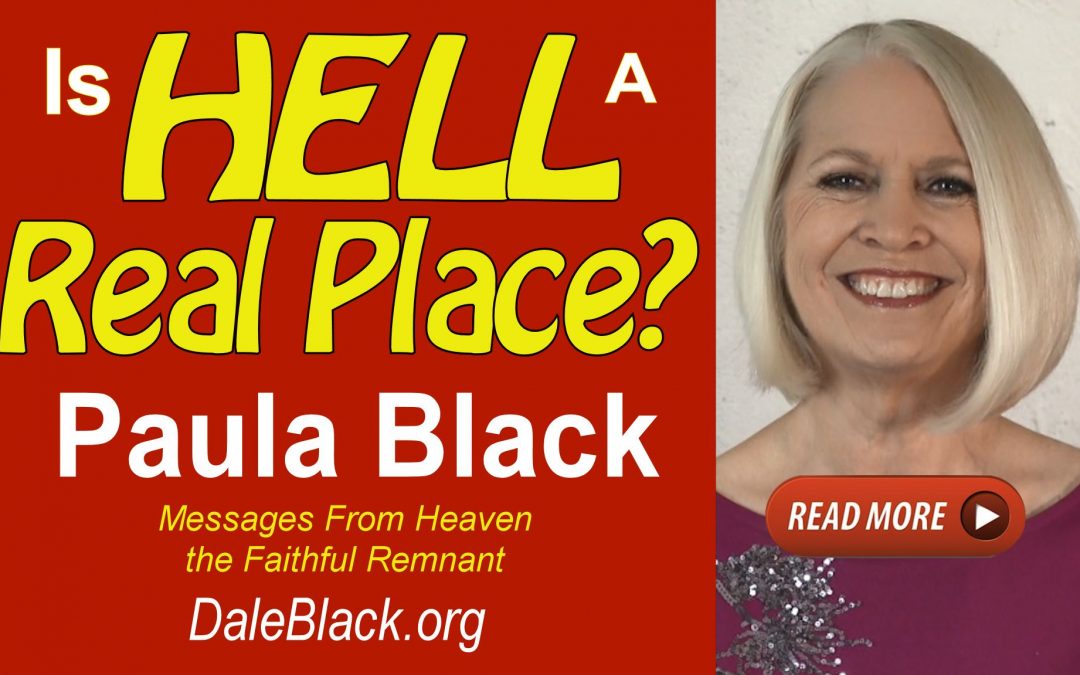 Is hell a real place? There is a religious doctrine that says, it doesn’t exist… and that this earth life is as close to hell as anyone will ever get. Could that be true? What does the Bible say?

Back in 2014, a Pew Research Center poll found that 29% of Catholics, 11% of Evangelical protestants, and 40% of mainline Protestants said they didn’t believe in the existence of hell. That was eight long years ago and this false doctrine has only grown since then.

Some church denominations, like the Jehovah’s Witnesses discount hell as not real because they believe a loving God just isn’t capable of such terrible punishment. So, just how dangerous is it NOT to believe in hell? Wouldn’t it mean that those who do not believe in hell are denying the truth of Scripture?

“And I saw the dead, small and great, standing before God, and books were opened. And another book was opened, which is the Book of Life. And the dead were judged according to their works, by the things which were written in the books. The sea gave up the dead who were in it, and Death and Hades (Hell) delivered up the dead who were in them. And they were judged, each one according to his works” Revelation 20:12-13.

We could speculate as to the number of reasons why a person would choose not to believe in hell. For instance, a person who ascribes to the “Feel-good Gospel” may not like any of the negative passages of Scripture that involve judgment, sin, and of course, hell. Others may have known a loved one who passed, and they did not know if that person had a saving relationship with Jesus. They may find comfort in thinking that hell does not exist, when according to Scripture, it very much does.

The primary problem that exists when people select a doctrine that suits them, rather believing what is in the Bible, is that these people are ripe for deception. As much as a person may want to design their own gospel, that is simply not possible. At least not without serious and eternal repercussions.

God tells us through Scripture, that His Word equivalent to truth. “Sanctify them by Your truth. Your word is truth” John 17:17.

And also that it is the sum or total of His Word that represents truth. In other words we must take ALL of His Word together to understand what is true. “The entirety of Your word is truth, And every one of Your righteous judgments endures forever” Psalm 119:16.

The ONLY source of unchangeable truth we have is God’s Word. Even the Bible warns us of deception such as being visited by an angel with a message that is contrary to what is already in Scripture. “But even if we, or an angel from heaven, preach any other gospel to you than what we have preached to you, let him be accursed” Galatians 1:8.

Satan is finding many ways to deceive mankind. These deceptions will only expand as we move closer to the end. Any doctrine, even those being preached from pulpits, must be checked against God’s Word before we accept it as truth. Shocking to many, is that Satan is in the churches–even influencing the men and women in the pulpits. In every war, the enemy infiltrates the other side. Why would Satan leave the churches alone? He would not! And he has not!

But true Christians seek truth from God’s Word. Everything outside of God’s Word must align with the Bible to be considered acceptable.

God has been gracious and loving to us in disclosing the dangers that are real, including the consequences of sin–which is hell–if we are not born again. He is a Holy God as well as a loving God and therefore, sin and unrighteousness are not allowed in His presence. It is only when we are covered by the blood of Jesus that we are acceptable in His sight.

“But if we walk in the light as He is in the light, we have fellowship with one another, and the blood of Jesus Christ His Son cleanses us from all sin” 1 John 1:7.

Jesus spoke about Hell in 3% of His messages and He spoke about Heaven 10% of the time. I believe that makes it safe to say that the other 87% of the time He spoke about life, relationships with God and people and how to navigate this life in victory. Jesus wasn’t obsessed with people knowing about Hell, His goal was for them to know His father through the salvation He offered.

“And do not fear those who kill the body but cannot kill the soul. But rather fear Him who is able to destroy both soul and body in hell“ Matthew 10:28.

So, is hell real? Short answer:.. yes. We know this for a number of reasons. First, Scripture confirms this, and Jesus preaches on hell several times in his parables and sermons.

Let’s take a moment to define what hell is. Hell is eternal separation from God due to a sinful and unrepentant life on earth. In other words, God doesn’t send people to hell. People march into it due to the choices they make.

Hell was originally designed for the fallen angels, who are not able to repent because they were created without sin. It is mankind, who was deceived by Lucifer in the garden, who are able to repent and come back into a restored relationship with God through Jesus Christ.

No matter what a person’s viewpoint is, hell’s existence cannot be denied if one believes the Bible is God’s Word. Deleting it from Christian doctrine cheapens the cross, the resurrection, and Christianity itself. Not to mention violating God’s Word. God, in His love, warned us of the consequence of sin and life without salvation. But focused on the reward of receiving the free gift of salvation through His Son.

“For God so loved the world that He gave His only begotten Son, that whoever believes in Him should not perish but have everlasting life. For God did not send His Son into the world to condemn the world, but that the world through Him might be saved” John 3:16-17.

By repenting of sin and choosing to give your life to Jesus Christ as your Savior and Lord, changes your eternal destination from the default of eternal separation from God… to life with Him in Heaven for eternity. You are already living in eternity, make certain you are heading toward the right destination.

With God all things are possible!

PRE-ORDER YOUR COPY NOW of “Visiting Heaven: Heavenly Keys to Living a Life Without Limitations” by Capt. Dale Black, on Amazon.com.

BIG SALE HAPPENING! Check out our sponsor MY PATRIOT SUPPLY, to purchase stored food supplies and other survival preparedness items. Every purchase helps support DBM as they give back a percentage of your purchase to the ministry. Click the following link to receive discounted pricing while supporting DBM: MY PATRIOT SUPPLY

What Others are Saying:
“God bless you in Jesus’ mighty Name! I love you so much. What beautiful lives of service to our glorious God and soon-coming King.” Cynthia – Tennessee
“Dear Dale and Paula, I heard of your life and story last year and was so touched personally after my husband had gone to heaven unexpectedly. I wrote Dale and he so kindly wrote me back, which meant so much to me. You both are truly blessed by God and it is an amazing story of the way you care of others and reach out to others for the love of Christ. In my 72 years I’ve never been so blessed by any other ministry. JoRena – Georgia
“Captain Dale and Miss Paula – Dynamic Duo!!! We love you guys so much ! Your ministry is so unique in that it speaks to the common person’s heart and the ordinary becomes extraordinary. You two are so “down to earth” and yet your messages are obviously not of this earth. Your personal stories of God’s healing hand over your lives leaves a person in awe.” Frank & Leslie – Washington
“Paula and Dale Black and not like other pastors; they tell it like it is and do not soften the message like most pastors do.” Bru