Dale answers some of our partners and donors questions about the rising costs in food and gas. How is it affecting your life? Listen to Dale’s powerful answer to this very important question everyone is facing.

And remember, With God Nothing is Impossible! 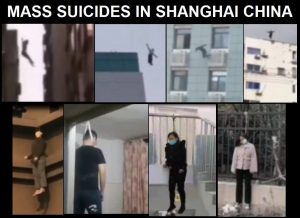 As everyone watches the current show in the theater called “Ukraine” today, thousands of people are committing suicide in Shanghai, China, as its 25 million residents continue to be locked down and many of them reportedly starving because they cannot get food.

Protests and looting have reportedly started, and horrible images are appearing of people jumping to their deaths from buildings while others hang themselves. Dogs and cats are being murdered on the streets.

And this is Shanghai! It’s financial and shopping district would rival Manhattan in New York, the Magnificent Mile in Chicago, or Beverly Hills in Los Angeles.

What Others are Saying:


“I have appreciated your ministry every since I read your book years ago. Blessings to you Brother Dale.” Steve
“Thank you Dale. This is all well said. Another of the deceptions of Satan is that of most TV preachers who are telling their followers not to be concerned about the tribulation.” Jacques
“God bless you Dale & Paula. Thank you for your dedication and service to our Lord Jesus.” JNC
“Thank you for your words of encouragement. No matter what I’m facing in my life I won’t let go of Jesus!” Mousey
“Thank you, Dale & Paula! Your videos are more helpful than you will ever know! I have ordered & read Flight To Heaven, Life God and Cancer! I have also suggested these books to others! Thank you, again for your obedience to God, as we benefit from your much needed ministry!” Karen