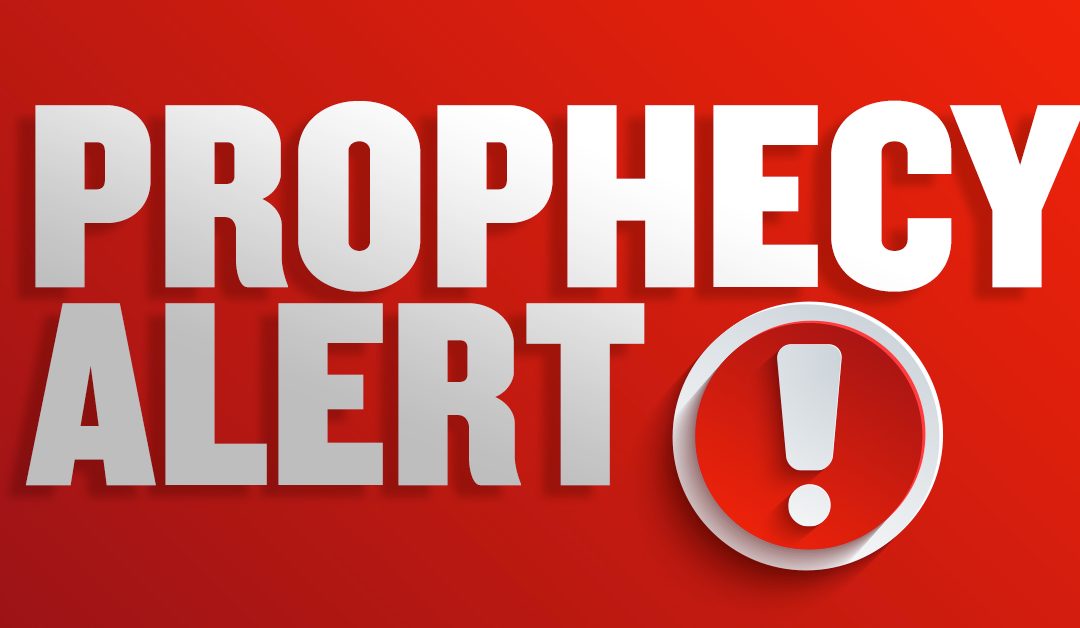 Friends, we are strong if we unite. Don’t be intimidated. THERE IS A REMNANT—HIS CHURCH. There is hope. We are still favored in numbers.   Unite in love for God and love for one another. And remember to pray. The prayers of intercession avails much. Everywhere, in your personal sphere of influence, you can overcome evil with good. “You are of God, little children, and have overcome them, because He who is in you is greater than he who is in the world.” 1 John 4:4
Remember to Pray! Pray for God’s will as it is in Heaven to be so here on earth. Pray for the protection of the president. Take a look at this video below called “How to Pray for Your Loved Ones.” (sorry, Last week I neglected to send a link). The same principles can be used as when praying for your neighbor, elected officials and your enemies.
IF WE UNITE…we can do great and wonderful things. Look at this promise from God’s promise to the children of Israel. “Five of you shall chase a hundred, and a hundred of you shall put ten thousand to flight.” Leviticus 26:8.

*Partners and Donors you are the lifeblood of this ministry and we depend on your prayers and financial giving to keep us fulfilling the call that God has given. Thank you for all you do. With love and support for you to be all God wants you to be.
Remember, with God nothing is impossible!
Dale & Paula

What Others are Saying:
“I follow all your talks and videos…multiple times, in fact. I am greatly uplifted and enriched by God’s holy Word which you so magnificently and accurately deliver. I pray for you and your work regularly and thank God for you both, his modern day apostles. Keep up the wonderful work…we all need you.” Ron – Newfoundland
“I just now finished reading your book “Flight to Heaven”. Not only was this a great book to read, but it has helped to strengthen my faith. Thank you for writing it. I am going to give the book to my children to read. I thank our Lord for a brother like you who gives the gospel message to so many.” Shirley
“Thank you so much for all your good work and for your wonderful videos. I hope this small gift helps to keep your ministry going. We’re here to help.” Barbara – CA
“I only recently discovered you on YouTube, and your heartfelt sincerity and straight talk about all things Christians want and need to know, has come to me at just the best possible time.” Claudia – AZ
“Dear Mr. & Mrs. Black: Thanks for your “How To Know Your Going to Heaven” article & video. I’ve mentioned & posted the article at my web page in support of the Black’s Ministries. May the Good Lord Bless You BIG!” Joe – TX 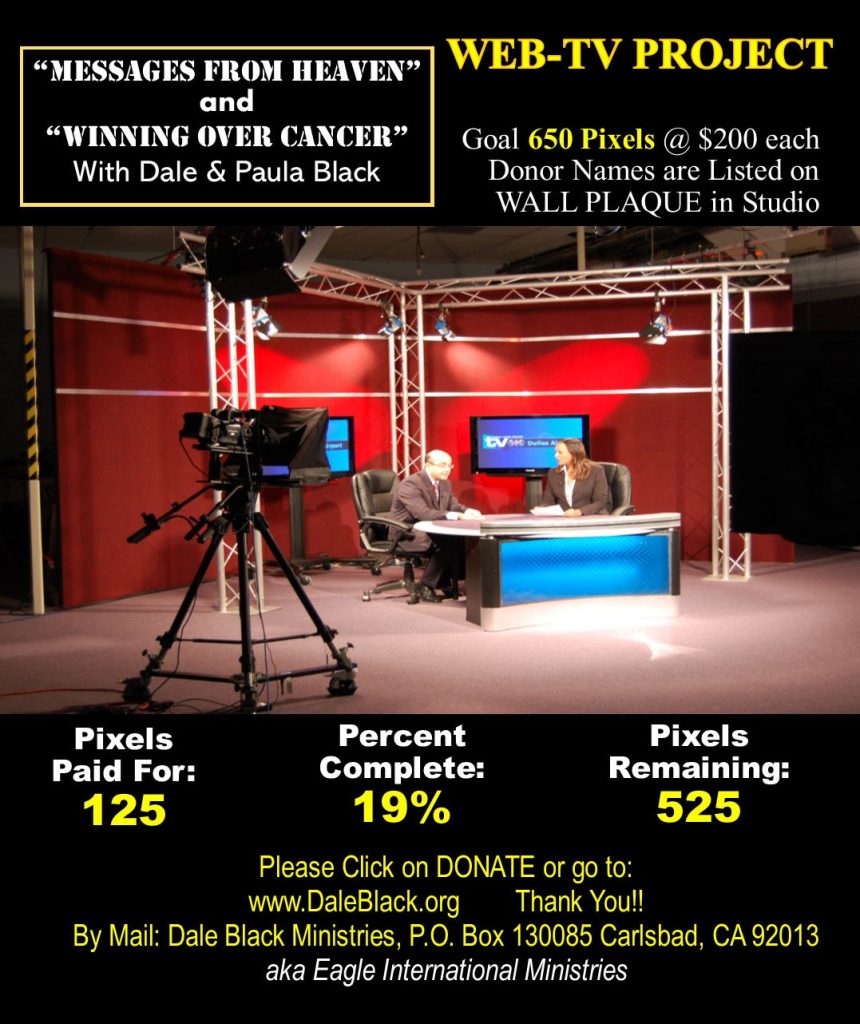 Thank you friends and partners…we’re making progress again. Thanks for helping spread the gospel of Jesus. If you’d like to support the video outreach ministry called the WEB-TV Project, here’s how you can help.
Support Messages From Heaven + Winning Over Cancer, by donating to the WEB-TV PROJECT.
Thank You Partners! 125 of 650 pixels are now sponsored. That’s 19% toward the goal. Click image to learn more:

We’re praying for you, our partners.