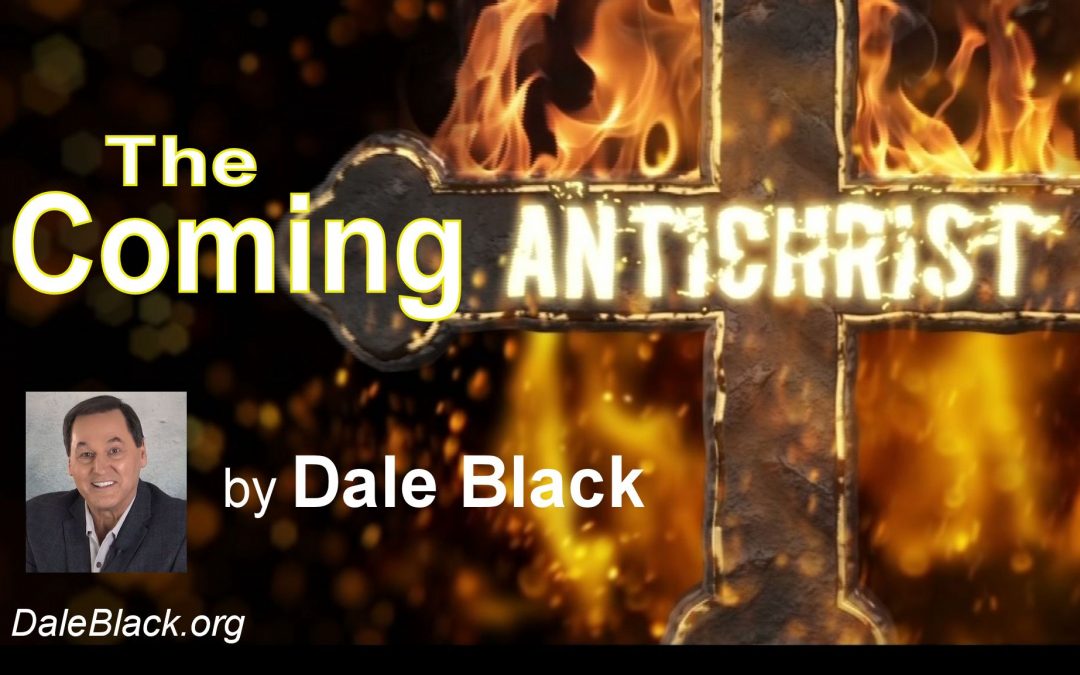 Supreme Court Justices Bret Kavanaugh and Amy Coney-Barrett, both nominated by President Trump, have been a supreme disappointment to millions of Americans who were counting on the United States Supreme Court to review the election cases in states where the constitution and the rights of GOP poll workers were clearly violated.

Many are emailing and asking, “Does the SCOTUS decision mean we are now in the last days?”

This is an appropriate question. How do we know when the “final days,” described in the Bible, have started? Today we’ll look at that specific period of time known as the “70th week of Daniel”—which is recorded in Daniel, chapter 9. This prophecy refers to a specific 7-year period – which also happens to be the FINAL 7 years which usher in the final Battle of Armageddon.

This timeframe covers events such as the Antichrist’s Peace Treaty with Israel, the Abomination of Desolation, the Mark of the Beast, and the Rapture. I will not be discussing the opening of the seals in this article but you can expect that to be coming to you soon.

At the time of writing this article, please make note that the last 7 years has not yet begun. The Bible is clear that it will NOT start with the Rapture. There WILL BE a Rapture, but that is not the event which starts the clock ticking on the last 7 years.

Today’s focus is about recognizing the coming Antichrist who will dominate in the last days and trigger the clock to start ticking. After a long pause of over 2000 years… the timetable of the final days will again resume. With measured precision, the final 7 years will unfold with prophetic events occurring one after another.

These last 7 years begin unexpectedly… suddenly – when a world leader, who will soon be revealed as the Antichrist, signs a peace treaty to protect Israel. This world leader will rise up from a Germanic state and align with three nations to form an Aryan/Japhethitic power base.

The signing of a peace treaty for the protection Israel is the starting gun for the final 7 years of Satan’s rule through Antichrist. Throughout these 7 years, Israel is in the forefront once again, as God deals directly with this nation—preparing them for their acceptance of Jesus as their Messiah… and for their salvation as a nation.

Israel foolishly, out of fear for her safety, signs a covenant with this leader, thinking – just as Israel did in the days of Antiochus Epiphanes – that this treaty of protection will be Israel’s only hope for peace and safety.

Israel makes this disastrous decision, which sets in motion the world’s final series of events. This indeed will be the last days… leading the world step by step toward the end of the age and to the Day of the Lord.

And so, the last… and final week of Daniel’s prophecy, will include a time of great persecution by Antichrist, a time when God allows the spiritually dead nation of Israel to be purged and purified—a time when the church will be made spotless and absolutely worthy to be the Bride of Christ.

This time of severe persecution by Antichrist will culminate with the rescue of God’s elect… commonly called “the Rapture.” This “catching away” of the faithful church (1 Thessalonians 4:16-18 and 2 Thessalonians 2), will be immediately followed by God’s judgement and wrath, poured out on the wicked during what is called in scripture, the “Day of the Lord.” (2 Peter 2:9, 1 Thessalonians 5:1-11).

This single event that will initiate the 70th week of Daniel is a disastrous action that Scripture calls a “Covenant with Death” (Isaiah 28:15, 18). As has often occurred in the past, unbelieving Jews in Israel will willingly place their trust in man, instead of God. A man who will ultimately be revealed as the Antichrist.

Because of Israel’s unbelief in Jesus as Messiah – and their resulting intellectual and spiritual blindness – the Jews will look to this seemingly powerful and trustworthy leader as a great protector, causing them to quickly fall into a false sense of security.

However, just as Isaiah predicted approximately 700 years before Christ, they will instead encounter “sheer terror” as described in Isaiah 28:19. A short 3½ years after signing a treaty of protection, they shockingly discover their “protector” is their greatest enemy.

This deceptive ally, who is prophesied about in Daniel 9:26 and 27, will be none other than Antichrist – described as, “the prince who is to come …[who] will make a firm covenant with the many for one week.” The “many” referred to in this scripture, are the majority of Jews living in Israel during the last days. The “one week” is referring to a week of years… or, 7 years.

For those informed on what the Bible teaches about the last days, it will be possible for them to identify this coming leader and also to recognize the prophetic treaty when signed.

First, Israel will feel vulnerable and threatened. Second, a world leader will emerge from Europe with a power base of three Aryan nations. Third, Israel will sign a Peace Treaty with this world leader for protection.

Even though the entire world may be informed when the treaty is signed, it’s likely most will be ignorant of the extreme significance of this event. Stay alert so that you are not unaware.

Daniel 9:26 and 27, will be none other than Antichrist – described as, “the prince who is to come …[who] will make a firm covenant with the many for one week.”

Check out the benefits of DBM PARTNERSHIP. And to those who are supporting this ministry from our entire family and ministry, THANK YOU SO MUCH. God bless you.

You may wish to check out the NEW project called Dot W Ranch. Join like-minded Christians. Invest in community living for prophetic end times in the Northwest USA. LEARN MORE

THANK YOU to all who have prayed for my brother, Darrell. God has wonderfully answered prayer. Darrell is now out of the hospital and into Rehab. Praise the Lord! Your prayers for full recovery are greatly appreciated, as he is not yet able to walk and is still having some difficulty recovering from the ventilator. God is good and your prayers are very appreciated. God bless you!

OPERATION HUMBLE HEARTS
Join us in Prayer & Fasting, Mondays at 12:00 noon Pacific Time every week. To learn more, go to: Humble Heart: Prayer & Fasting at DaleBlack.org. Please email and let us know you are joining this powerful group of intercessors.

Would you like to partner with Dale & Paula? You can be part of sharing the gospel of Jesus to save, heal and deliver worldwide. Learn Benefits of Partnership.

The HEAVEN PROJECT
There has never been a better environment in the United States and the world then right now to share the gospel of Jesus Christ. People need hope. It truly IS harvest time!

*If you would like to DONATE to help the gospel go forward, you can give ONLINE or by MAIL. To give online, click on the DONATE button above. If you prefer to give with Check or Money Order, please make your donation payable to (NEW Mailing Address): Dale Black Ministries (DBM) *  P.O. Box 2841, Hayden, ID 83835.

To make a donation or place an order by phone, call: 951-526-2101 and leave a message. Someone from our volunteer staff will call you back. Thank you very much, and may God’s blessings be upon you and your family.

What Others Are Saying:
“Great word about relationship with God! I have had some wonderful times with “Daddy”. I was blessed by your words. I also never had a daddy, but a father on earth. It is the heavenly Father’s great love that feeds the love I have for my brothers and sisters in Christ. He is Good!
Thank you! Don
“Thanks Dale, I needed this balanced perspective after hearing another person say we’re not living in the fear of the Lord.; bringing Him down to our level. I want to worship Him in Spirit and Truth as my FATHER and my daddy! My dad has been gone from this earth since 1975 when I was eleven years old and Father God has shown me He’s been there for me as my heavenly Dad since then.” Heidi
“Thank you Dale! I love how “our God,” the one who created you and me, wants to be that intimate with us! I’m thankful that I did have a “daddy,” be he on the other hand did not have a father growing up! When your mom shared Jesus with him, he realized for the first time that God was “ABBA DADDY!” Great Word my brother!” Lorraine
“Thank you Brother Dale! I long to grow closer to my Father God. Would love a video or writing on how to hear the Holy Spirit. God Bless you and your family!” Sharon
“Thank you for your continuing messages of hope and encouragement for addressing the dire situation we find our country in at the present time. I wholeheartedly support your efforts to provide guidance to the brothers and sisters in Christ that we may do what is required of us to do God’s will for this nation. I will never believe that all the blood ,sweat, and tears that our Christian forefathers put into this country to make and keep it “one nation, under God”, that God will not provide the means to continue on this path. God bless you and keep you safe!” James